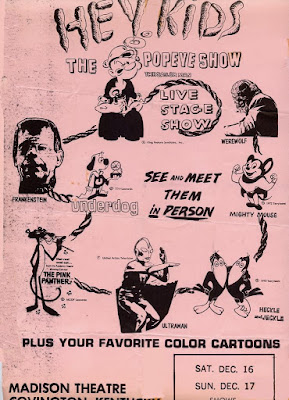 I first wrote about this in 2005 and then in 2010 I reconnected with my childhood pal with whom I attended this event. And I had forgotten that he had taken photos! Then a few years back I found a newspaper article about these Kiddie Matinee live shows. Finally here, in 2019, all of those posts combined, edited, annotated, and updated

Okay, I think regular readers will grant that I have a rather spooky if weirdly selective memory for detail. That said, I barely remember this roadshow kiddie matinee even though I did attend one Saturday afternoon circa 1972. Now, at the time, I hadn't seen Popeye cartoons in years as they weren't being shown locally. The last time I had seen one was when we were on vacation in North Carolina. Ultraman, however, was hot in the Midwest, having been rerun to death on UHF for several years. The prospect of seeing him team up with the one-eyed, spinach guzzling sailor to tackle the Werewolf and Frankenstein (his monster, anyway) was too good for my approximately thirteen year old self to pass up.

As I do recall, however, I spent about 90 minutes in a noisy, crowded theater with the lights on and a bunch of pre-teen boys shooting stuff all over the place through straws while bad prints of TV cartoons played out on the big screen. At one point, guys in cheap monster costumes stalked out from behind the screen and proceeded to walk through the seats supposedly terrorizing the children but, in fact, being pelted viciously by whatever was going through those straws! 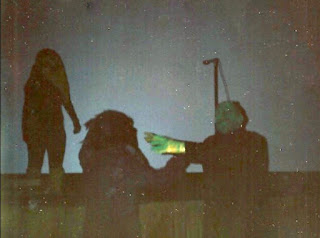 In my mind, there were just those couple of guys in monster suits stalking through the audience between ULTRAMAN episodes and POPEYE cartoons. In 2010, though, I rediscovered the person who attended that long ago show with me and not only were his memories of the event slightly different than mine...he had pictures! In these photos, courtesy of Terry H and taken the day we were there  we see that there was, in fact, a stage show that I have blocked completely from memory. Seeing the costumes, I think I understand why. 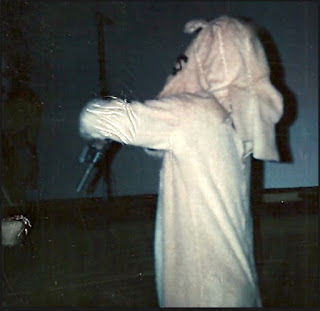 I lightened up and cropped the dark photos for inclusion here in 2010 and tonight, with better photo software, I improved them even more, but in case you can't tell, there really was a Popeye along with Frankenstein's monster, a werewolf, Mighty Mouse, an extremely low-rent Ultraman, someone I am told was supposed to be the Pink Panther and Heckle...or Jeckle.

I do recall that I really liked the Underdog cartoon as, like Popeye, I hadn't seen them in years at that point. Overall, though, this was the end of innocence. My last kiddie matinee. By the next year I was attending R-rated movies. At the same theater! 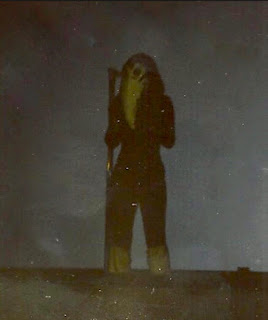 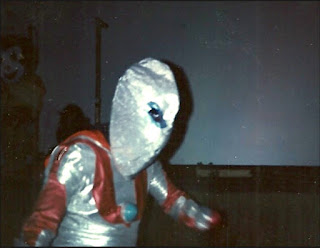 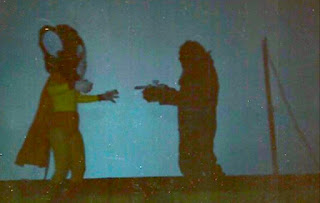 Of course, after the novelty of that phase wore off, I embraced cartoons again. What's the point of being an adult if you can't enjoy cartoons? You think these things are made for kids? 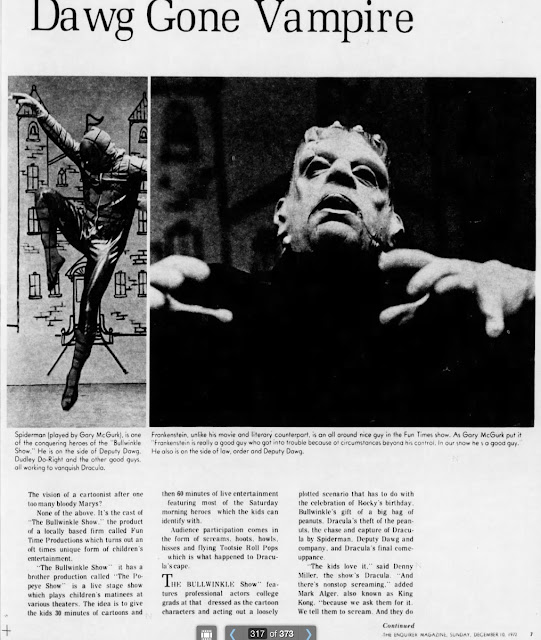 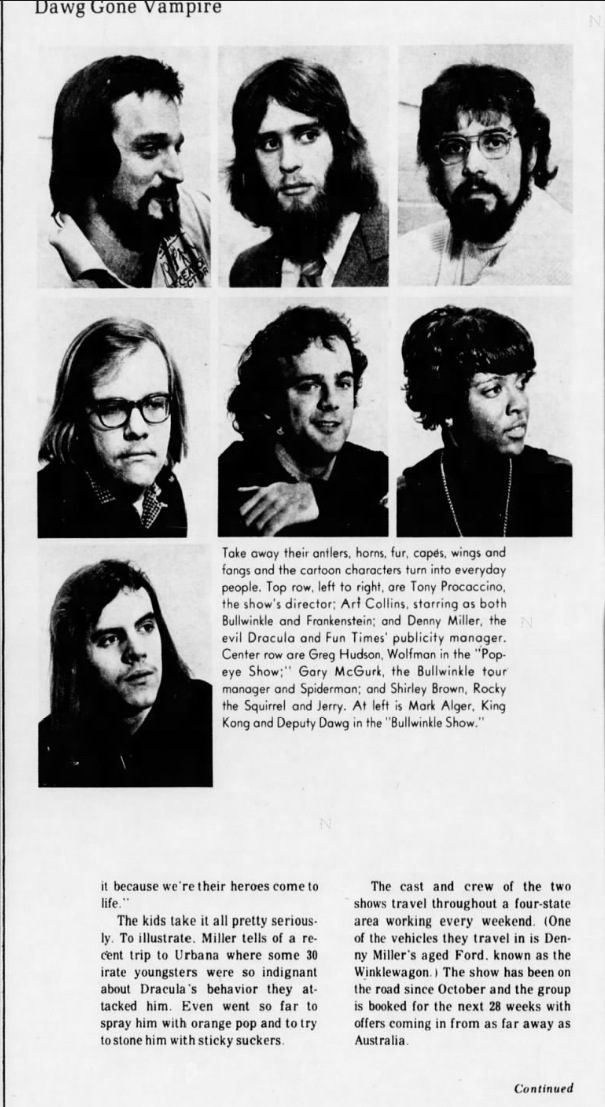