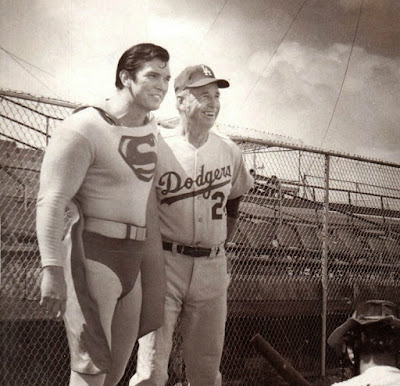 Actor Denny Miller was often typecast as dumb, musclebound jocks, but he played a number of iconic characters in his long career including Tarzan (and Tongo, his GILLIGAN'S ISLAND doppelgänger) and, in a sries of short US Air Force commercials, Superman! 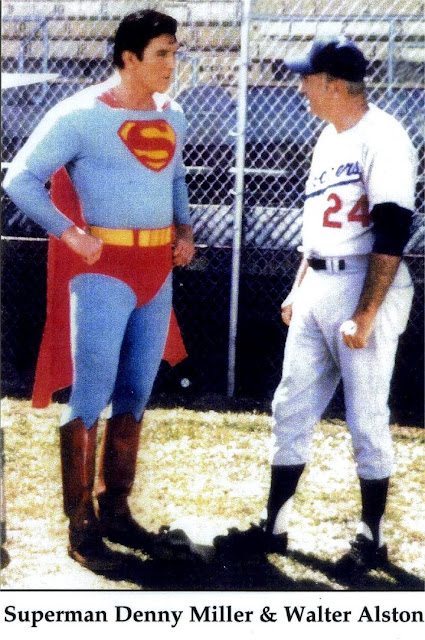 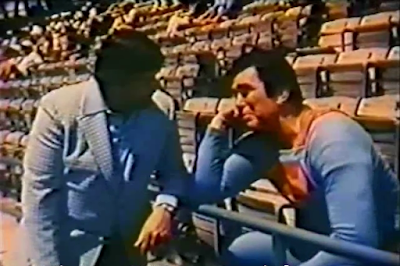 Perhaps most intriguing though is the mention below, in a plug for a sadly long-lost TV special on comic books, that Denny was set to play Captain Marvel! Presumably that deal was quashed because of the DC/Fawcett arrangement and possibly even because of the Marvel/Myron Fass dispute over the "Captain Marvel" name two years later. 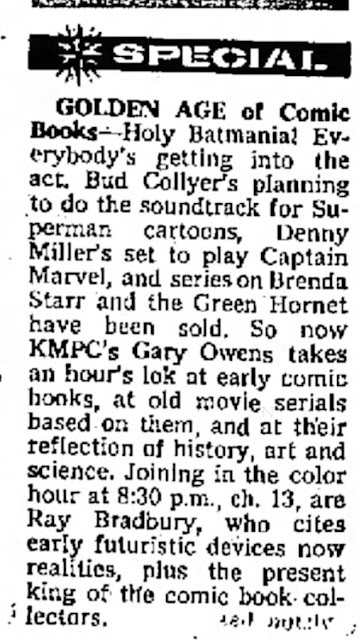 Posted by Booksteve at 3:56 PM