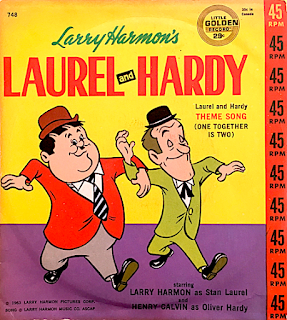 I don't go to movies anymore so I'll have to wait 'til Netflix or Prime or whatever to see STAN AND OLLIE but from what I hear, it's a lovely--if not strictly accurate--tribute that will hopefully introduce a whole new generation to the unique comedic genius of Laurel and Hardy.

When I was a teenager, the concept that Laurel and Hardy would be largely forgotten in just a few decades would have been unthinkable to me. It seemed at the time like there was a new book about them at least once a year and their films were still being re-released on the big screen.

The children's record seen above may have been my first exposure to Stan and Ollie. I never saw the Larry Harmon cartoons but my mother bought me this 45 because SHE knew who they were. I had no idea they were real people or that Stan was, briefly, still alive.

In 1970, I saw Robert Youngson's 1960s compilation documentaries, WHEN COMEDY WAS KING and LAUREL AND HARDY'S LAUGHING 20'S on the big screen. A few years later, I ran across John McCabe's classic 1960s book on the pair and more books followed quickly. Their movies were on television all the time, even the silent ones (on PBS). 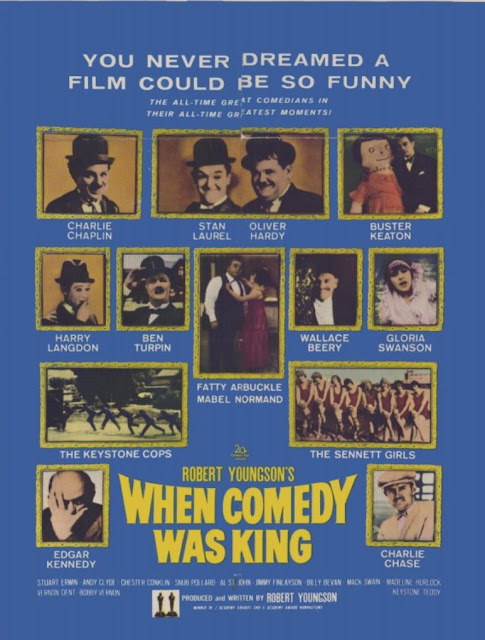 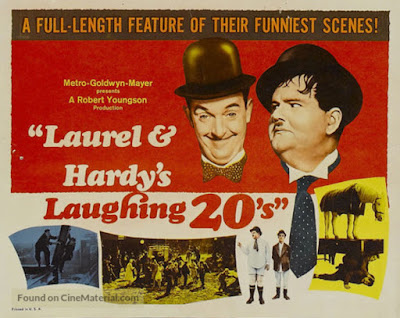 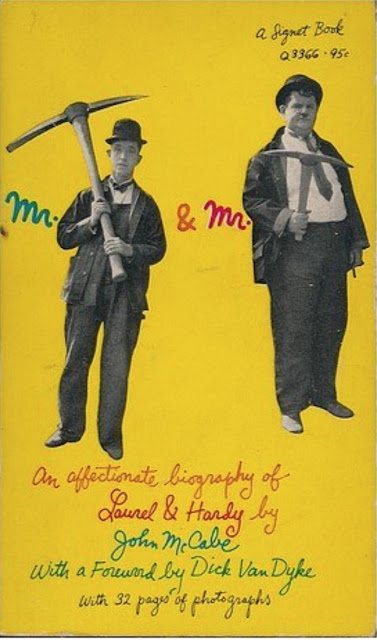 But somewhere along the way, as with many aspects of pop culture that my generation just presumed everyone knew and would always know, Stan and Ollie were left behind. Oh, there are still obsessively devoted fans but at best they've become a trivia question to the average person over the age of 40 and I'd be surprised if you can find 50 people younger than that who have ever even seen or heard of them. 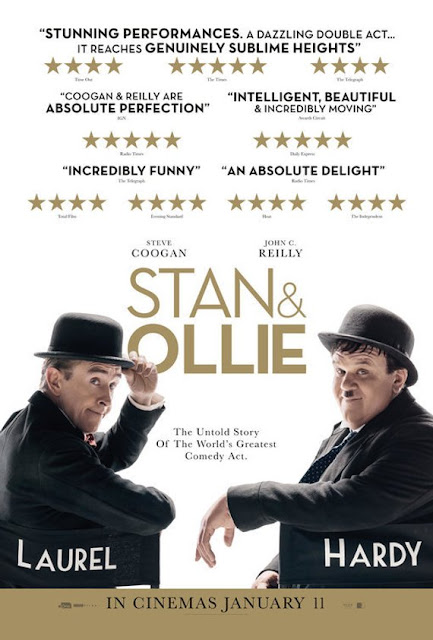 Hopefully that will change now.
Posted by Booksteve at 6:39 AM