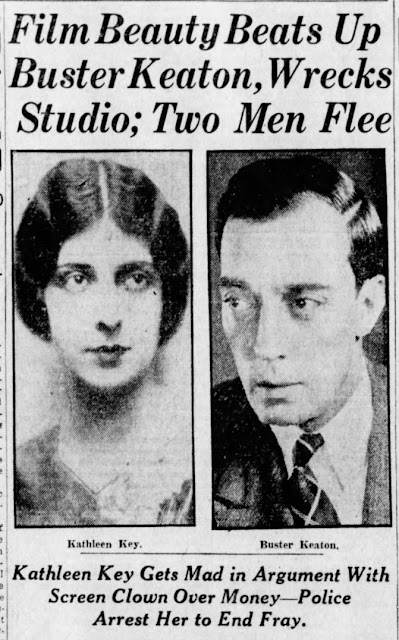 I've read about a dozen biographies of Keaton but, assuming this story is in them, I blocked it for some reason. Easy enough to read between the lines that Keaton's story about this all being over a bet about losing weight was an attempt to stave off the type of scandal that had brought down his friend Roscoe Arbuckle earlier in the decade. For her part, Key was reported to have said the problem was an old golf bet! She didn't work much in Hollywood after this event. Keaton's career was already in its downward spiral anyway, hastened on by his wife Natalie and the Talmadge family and not helped at all by his self-medicating with alcohol. In the long run, though, Buster would have the last laugh, his classic silent films being rediscovered and justly lauded throughout the world. He would live long enough to be feted at film festivals and declared one of the giants in the history of the film industry. 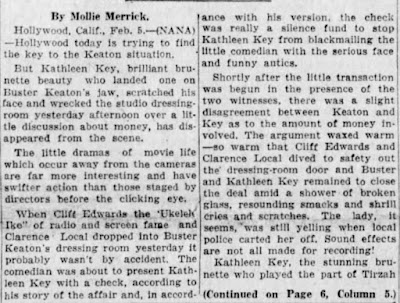 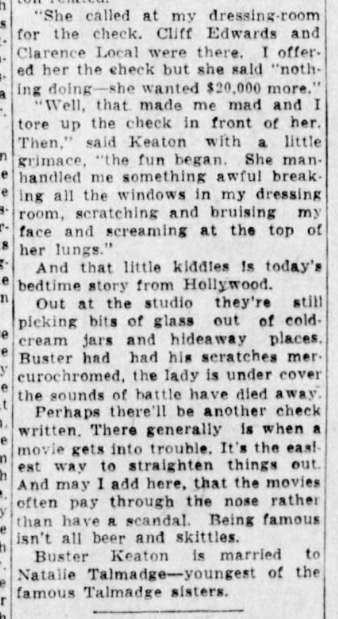