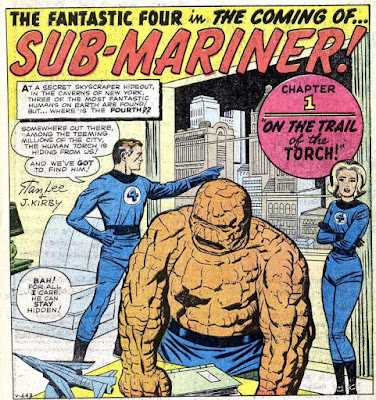 This key issue returned Prince Namor, the Sub-Mariner, to the newly forming Marvel Universe. Note, though, that he's strangely absent from every single chapter splash. In actuality, it had only been a little over 5 years since his then most recent appearance. Seems unlikely that his return would have been Kirby's idea as Jack famously looked forward, not back. 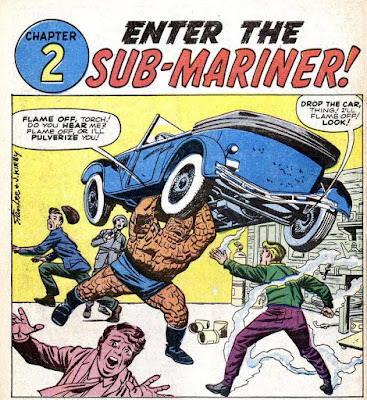 Still, it's a good story and a good re-introduction to the character, highlighting the anti-hero/villain with anger issues personality that he had in the early forties rather than his more heroic persona. 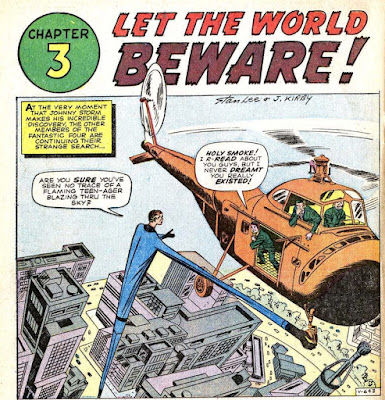 Reed and Ben look different here than we ever saw them before and than we would ever see them again! 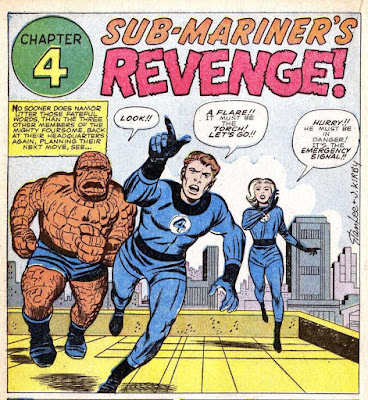 Good coloring here. probably Stan G. again. He told me that he really enjoyed coloring for Marvel in these early days. 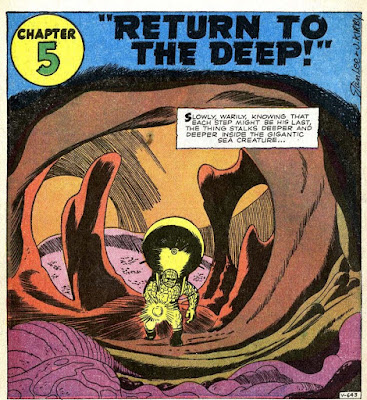