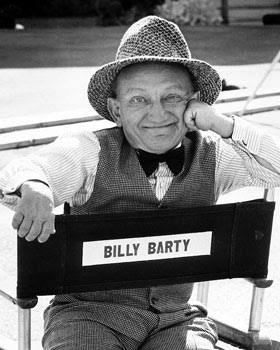 Billy Barty died 15 years ago after being a presence in my life via movies and television for as long as I could remember. What I did NOT know, however, was just how well-known he was at one time!  These clippings date from 1930-1954. In the beginning, his handlers not only lied about whether or not he was a little person (his preferred term) but also about his age. In the first clip below. Billy would have been seven--not three. 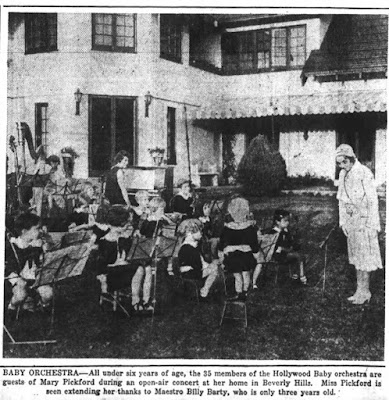 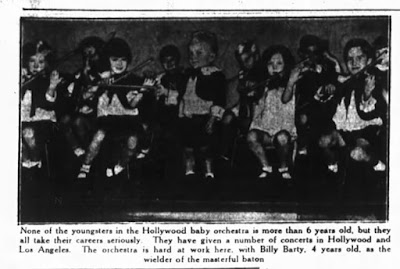 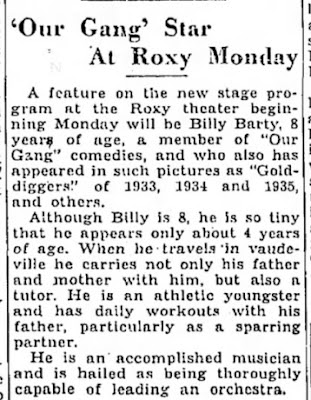 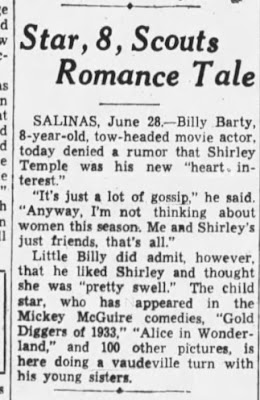 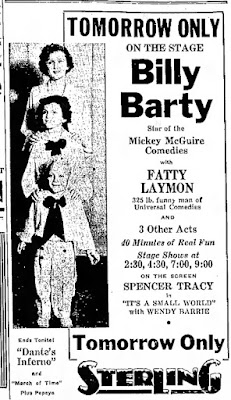 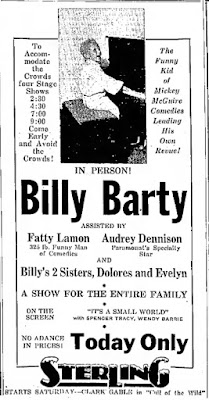 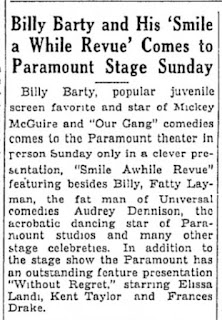 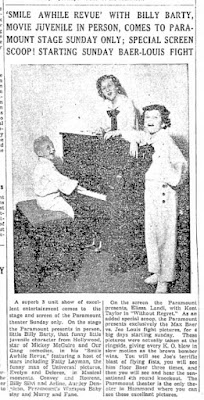 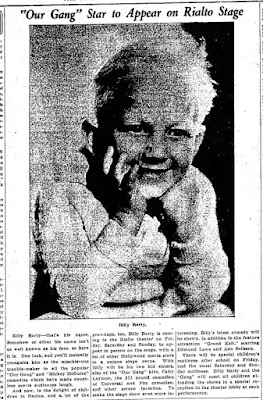 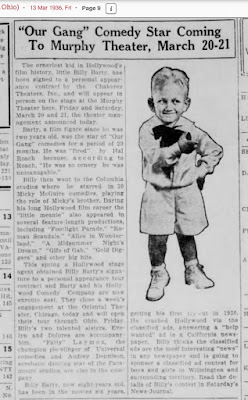 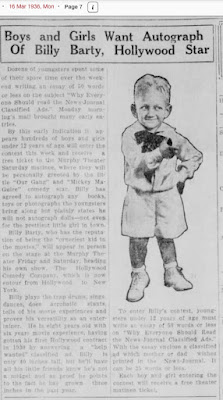 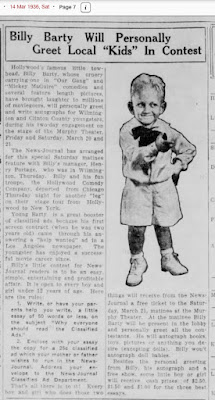 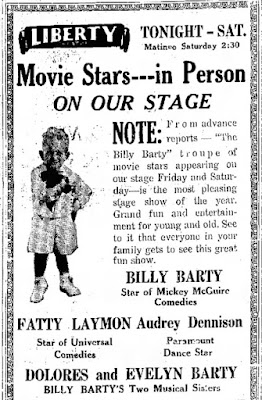 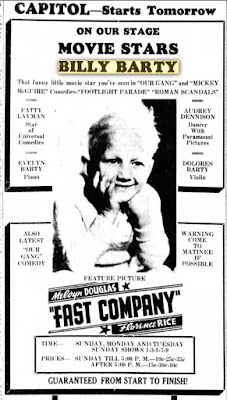 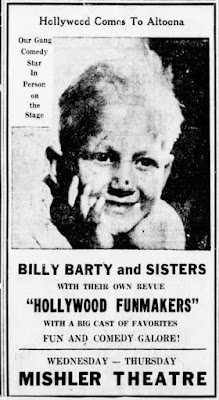 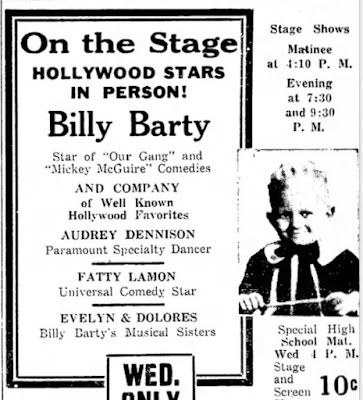 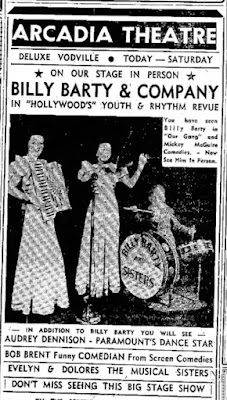 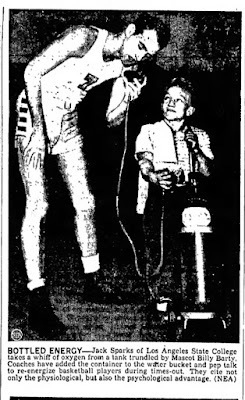 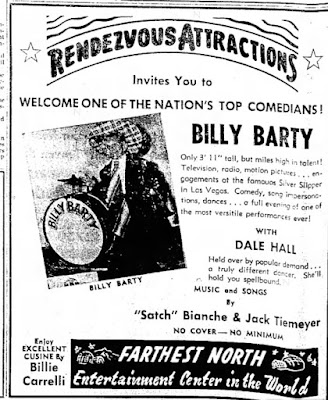 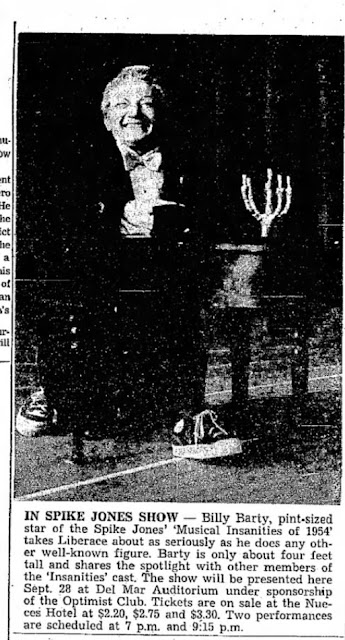 Posted by Booksteve at 8:10 PM