Well, tomorrow's the big day…the first of 3 actually! Friday the 13th is Day 1 of the 4th Annual Cincinnati Comic Expo! Looks like I won't be able to make it as all the bills are coming due here at mid-month but that doesn't mean YOU have to stay home.

This year's show is the biggest comics-related event ever in Cincinnati! Scores of major modern and indie creators (most of whose work I'm not familiar with) but also a number of classic comics folks including Scott Shaw! (with not one but TWO of his Oddball Comics presentations), Bob Hall, Craig Boldman, Rich Buckler and David Mack.

Celebrity guests abound as well including the last surviving Universal monster actor, Ricou Browning who appeared as The Creature From the Black Lagoon! Also appearing, among others, are Nicholas Brendon from BUFFY THE VAMPIRE SLAYER, Richard "Jaws" Kiel, John Rhys-Davies, STAR TREK'S Marina Sirtis and a bunch of cartoon voice actors including the great Rob Paulsen!

The 1966 Batmobile, the TARDIS and even The general Lee from DUKES OF HAZZARD will be on site for photo ops as well! 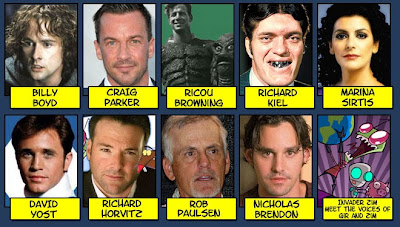 Posted by Booksteve at 8:23 AM