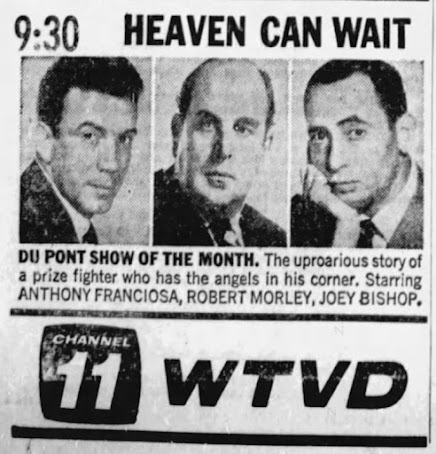 IMDB has incorrect info on this DUPONT SHOW OF THE MONTH from 1960. IMDB describes the plot of the 1943 movie with Don Ameche and Laird Cregar, HEAVEN CAN WAIT, when, in fact, this show was a TV adaptation of the earlier, 1941 movie, HERE COMES MR. JORDAN, which was based on the 1938 stage play, HEAVEN CAN WAIT. Got it?
Robert Montgomery fronted the original as Joe Pendleton, a boxer who dies before his time and is given the chance by the angelic Mr. Jordan and his assistant (Claude Rains and Edward Everett Horton) to go back, but in the body of a millionaire who happened to be the target of his own wife and her lover. He confides in his old boxing manager, played by the great James Gleason.
A 1940s radio adaptation gave Cary Grant a chance at the lead.
In the 1950s, there were numerous revivals of the stage play under its original title. One, in 1957, actually starred future bestselling author Robert Ludlum as Joe.
In 1978, Warren Beatty switched the boozing background to a football field but produced a lovely, hilarious, and faithful remake which he also co-wrote (with Elaine May) and co-directed (with Buck henry) as well as starred in. James Mason admirably took on the role of Mr. Jordan with Jack Warden as the loyal football coach.
Chris Rock even did a version later on!
In between, though, and completely forgotten today, was the 1960 DUPONT SHOW OF THE MONTH adaptation of HEAVEN CAN WAIT.
Tony Franciosa--not yet known as a problem actor--was Joe and the great British character actor Robert Morley was the new Mr. Jordan. TV's MISTER PEEPERS--Wally Cox--was his bumbling assistant and Joey Bishop the fight manager. Elizabeth Ashley made her TV debut in the show.
As you'll see, reviews were mixed. Does the show still exist? Possibly, but not online as near as I can tell. 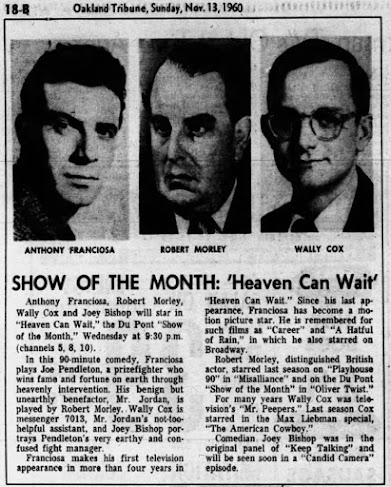 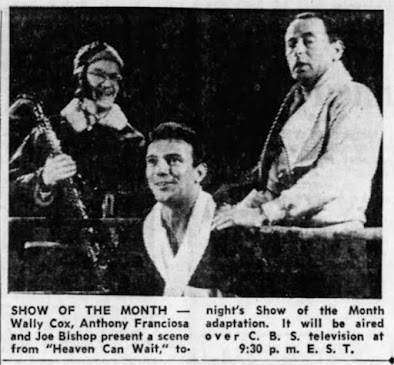 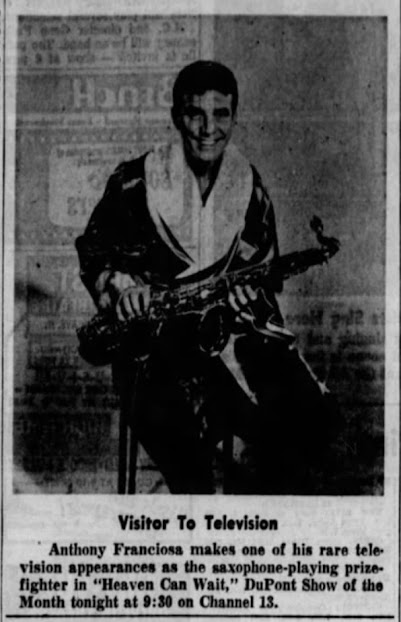 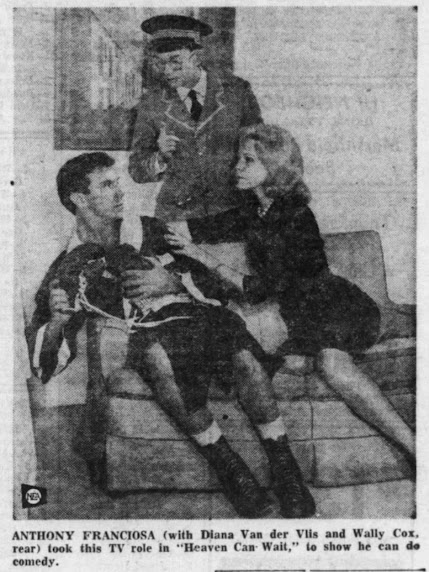 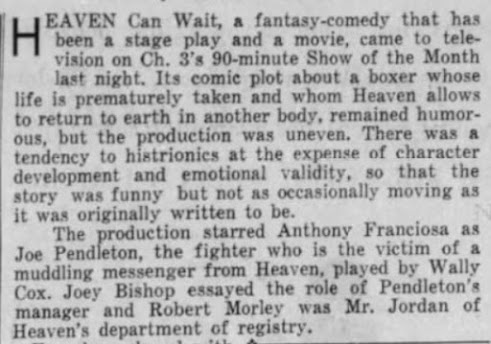 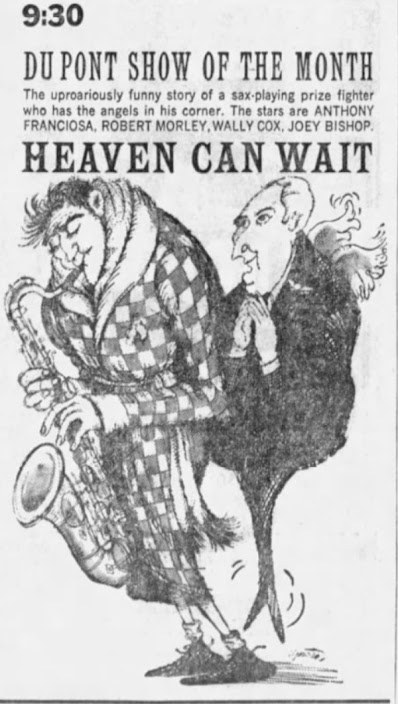 Posted by Booksteve at 5:20 PM