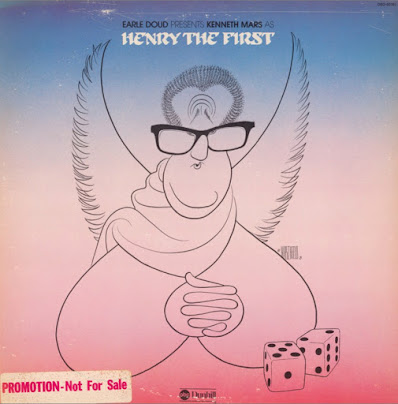 Earle Doud was always a funny guy, one of those behind the hilarious FIRST FAMILY record albums of the early 1960s that starred Vaughn Meader and spoofed the quirks of JFK and his family and Administration. A side effect of the Kennedy assassination was that Meader's career was pretty much killed, too.

For his part, Doud spent years attempting to find gold again with another political humor LP. This resulted in some good and funny efforts, but none anywhere near the mega-success of the FIRST FAMILY LPs.

This one, with its lovely Hirschfeld covers, I had not heard of, though. The Internet Archive offers "excerpts" but they aren't even whole lines in many cases, let alone whole album cuts. As of this writing, though, one can hear the entire album on YouTube here:  https://www.youtube.com/watchv=lwAYE8wu8Ws 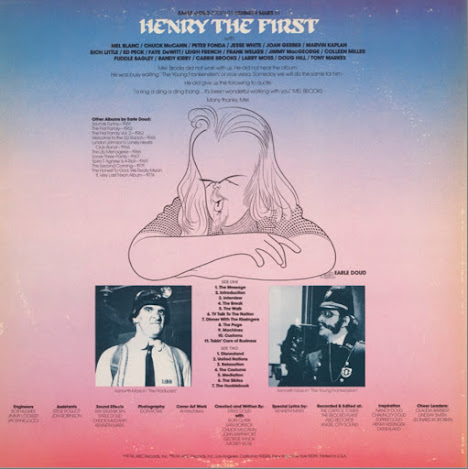 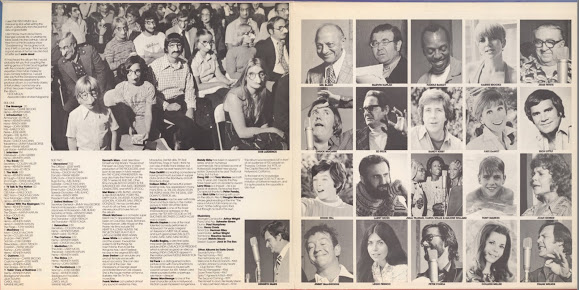 Posted by Booksteve at 9:11 PM