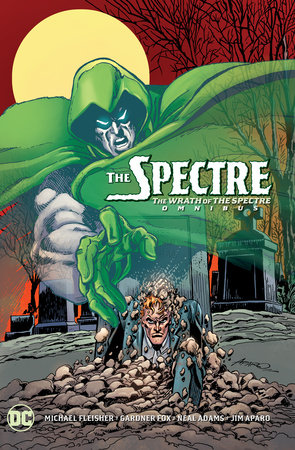 Above you see The Spectre, one of DC's longest running and most controversial characters, created by Superman's Jerry Siegel of all people.
Police detective Jim Corrigan was murdered but brought back--sometimes. It's complicated--so that his powerful ghost can wreak havoc on villains.
Below you see The Spectre, a UK series that ran in SMASH in 1969. It featured crusading reporter Jim Jordan, who is murdered but brought back to life so his powerful ghost can wreak havoc on villains.
He didn't have the cool green ensemble, though. 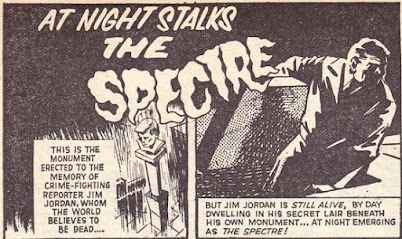 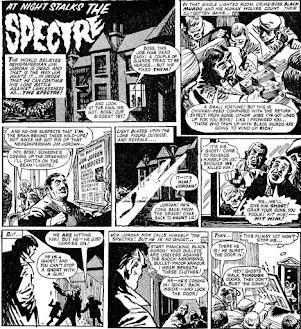 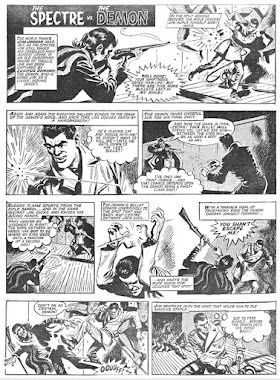 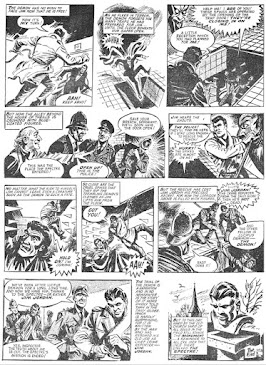