It Was 40 Years Ago Today--John Lennon My mother never liked the Beatles when they were together. She particularly disliked John Lennon because he left his wife and child to marry "that Japanese girl." Then she heard me play "Imagine", however, and it became one of her favorite songs. Much to her own surprise, she became a Lennon fan.

In December of 1980, my mother was recovering from a cancer operation and only a year away from her own death. I had gone to bed early the night before because I was subcontracting a cleaning position at the office next door from my dad, who was recovering from health issues of his own. Before 5 AM, I arose and went to work at the office and I cleaned while listening to taped music on cassette. It was an easy day for a change and I headed home just a couple hours later. Just after 7 AM, I arrived back home to find my mother up, in her robe, with the radio on. She just stared at me and said, "John Lennon is dead."

As celebrity deaths go, this one was hard to take and even harder to understand. Like most people throughout the seventies, I kept expecting the Beatles to get back together eventually. It seemed to come close from time to time such as when the UN Secretary General personally asked them to reunite for a charity concert...or when SNL's Lorne Michaels jokingly offered a pittance that, according to legend, John and Paul almost took him up on.

When Lennon had emerged from his five years of seclusion late in 1980, the concept of a Beatles reunion seemed more likely than ever...until December 8th.

That next morning, Lennon's friends were interviewed everywhere. Geraldo Rivera was all over GOOD MORNING AMERICA, publicly grieving with little films he edited together of memories. Richard Lester was on TODAY and so many other faces familiar to Beatle-watchers turned up throughout the day. Ringo and Barbara were seen rushing to be with Yoko. George issued a somber statement. Paul decided that perhaps working was the best way for him to deal with the numbness. Unfortunately, as he exited the studio, some reporter stuck a mike in his face and asked the inevitable stupid question, "What was your reaction to the death of John Lennon?" His reply was, "S'a drag, innit?" which caused people to think he was being aloof...rather than in a complete state of shock.

It's hard to imagine John surviving. Looking back, it seems almost as if he was meant to go when he did.

After a good post-Beatles start, John had become an embarrassment to many with his naive political affiliations and later his drunken antics making the papers all the time. His albums still occasionally showed his genius but much of his released work was half-assed and over-produced. But then he reunited with Yoko, Sean was born, John got his green card (a fight which had also made the papers a lot), and he announced his retirement. No one believed him at first, but he stuck with it! For five years he raised Sean while Yoko handled all the business. There was music but just recorded on home tape recorders (much of which was later released). Then rumors had him back in the studio in 1980 and toward the end of the year new Lennon music was on the radio, he did a couple of career-spanning interviews that showed him to be more introspective and reflective on his own past issues, and a photoshoot that showed he could still shock. And then...

His mentally ill assassin has been locked up ever since and is barely spoken of but an important thing to remember is that even he was one of us--a Beatles fan. For a man who was never a politician or a great world leader--simply a pop musician who, by his own admission, was a very confused and often conflicted man just searching for the right things to do--John Lennon's death probably affected more people throughout the world than he himself would ever have expected or believed. 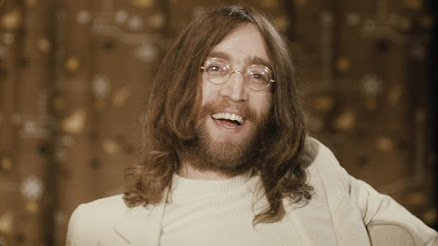 People who weren't even born when Lennon was killed still grow up with his music and look at him as a martyr to peace. His well-known flaws are celebrated as proof that we all have issues that we must fight to overcome. His images are iconic and his music and its influence continue to be discovered by each subsequent generation.

Today, John Winston Ono Lennon has been gone 40 years, as long as he was here. As a man, he was so very publicly a work in progress, cut tragically short. But that has never stopped his legend from continuing on. 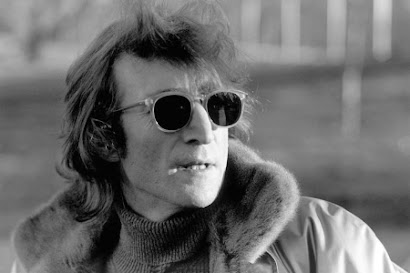 This year, more than any before, he will be remembered, even though so many who actually knew him have now also left us. Let's all listen to some of his music and ponder the concept he held so dear---peace.

It will be interesting to see how John Lennon is remembered on the 50th anniversary of his murder...the 60th...and beyond. One can only...imagine.