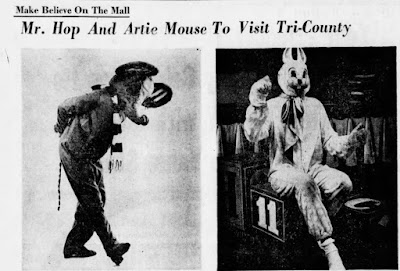 Craig Boldman reminds me of MR. HOP, one of my favorite Saturday morning shows from the early 1960s. MR. HOP was produced locally starring WLW-T announcer Dave Manning. It was shown throughout the midwest on the network of WLW-T's various WLW sister stations.

I couldn't find a photo of Manning (aka Dave Stull and David Stull Manning). That's a rival kids host, Skipper Ryle, at lower right below. 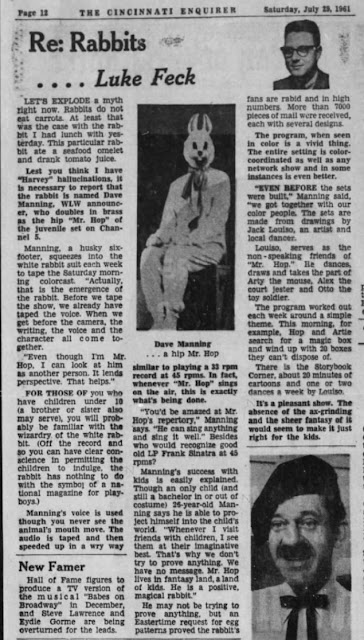 In his true identity, Manning also hosted the local version of the franchised IT'S ACADEMIC game show for high school students. 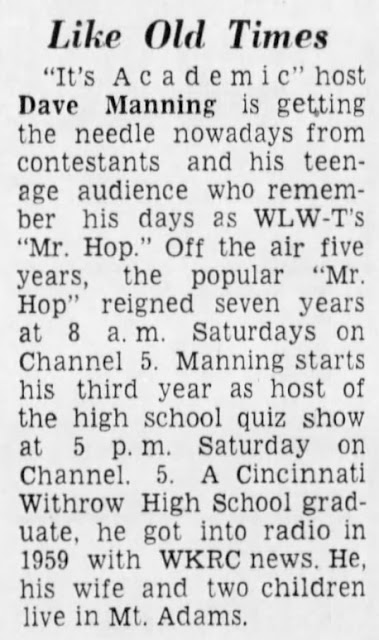 Jack Louiso was Artie Mouse. Jack was apparently also a dancer as whenever Hop and Artie made a personal appearance, the Jack Louiso Dancers are credited as being on the bill. 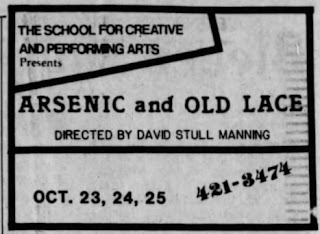 By the 1980s, Manning was an instructor at Cincinnati's School for the Creative and Performing Arts, where Sarah Jessica Parker had once attended.

Posted by Booksteve at 6:43 PM