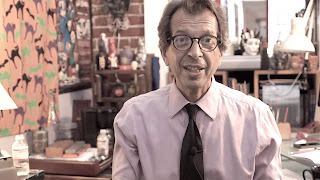 Cartoonist Batton Lash died this morning. Along with being the snappiest dresser in the industry, he was also a genius comic writer with a great understanding of the various tropes of different eras and how to use them. The two of us never met in person but he had long been one of my favorite comics people and our stories had actually interacted a number of times. 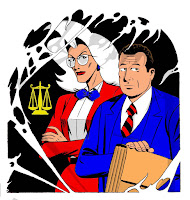 I first discovered Batton when the Comics Buyers Guide began reprinting his uniquely entertaining WOLFF AND BYRD, COUNSELORS OF THE MACABRE strip more than 30 years ago. Through the years he also did some hilarious but also ingeniously written stories of RADIOACTIVE MAN for Bongo Comics. After he wrote the infamous ARCHIE MEETS THE PUNISHER, he went on to write some of my all-time favorite Archie stories including the ARCHIE FRESHMAN YEAR arc. 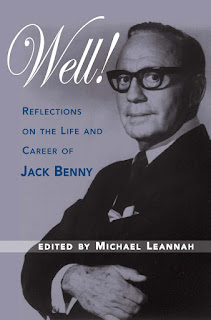 My first contact with Batton was in 2006 when I interviewed him about Jack Benny after one of his Wolff and Byrd stories was clearly inspired by Jack. That interview turned out to be my first non-fiction piece to be published in a book--WELL! REFLECTIONS ON THE LIFE AND CAREER OF JACK BENNY, which came out in 2007. Batton was kind enough to send me a handful of signed copies of recent comic books featuring his work.

That same year, I joined Facebook and Batton and I became FB friends. From time to time he would ask me to promote his Kickstarter campaigns for his new SUPERNATURAL LAW books and I was always happy to do so, even backing them myself in periods where we had money. 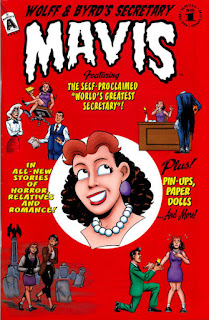 Back when Obama was president, Batton got in some hot water with a cartoon published on the Breitbart site that saw him being taken to task on MSNBC and Huffington Post. Our politics sharply differed but I saw a man being unfairly treated and contacted him to let him know when his home address was made public! I also contacted those who were publicizing it about it. I didn't realize at the time how much Batton would remember this gesture.

In 2013, when Archie writer George Gladir passed, Batton wrote an eloquent eulogy online. I asked him if I might post that as a guest post on my blog and he agreed.

In 2014, Jon B. Cooke interviewed Batton for hours and hours for an issue of COMIC BOOK CREATOR that would come out the following year. I was the magazine's main transcriptionist and tackled that interview. I was particularly surprised when Batton recalled my participation in that earlier incident IN the interview, apparently unaware that I was to be the one transcribing it later. 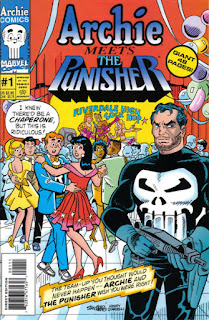 In 2017, Batton allowed another interview, this time for my BACK ISSUE article on ARCHIE MEETS THE PUNISHER, for which he was also kind enough to provide lots of behind teh scenes art and illustrations.

My last interactions with Batton were in 2018 when he published the latest SUPERNATURAL LAW book. My review of it appeared on Forces of Geek less than two months ago.

On December 31st, I sent a private message to Batton that included a wish for a great New Year for he and his wife, Jackie Estrada. Not expecting an immediate response, I left. I returned to see where Batton had attempted to contact me in a FB video call that I had missed. Never having done one of those before, I figured he'd call back.

Rest in Peace, my friend, and thank you for everything. I'm sorry we never got to meet. 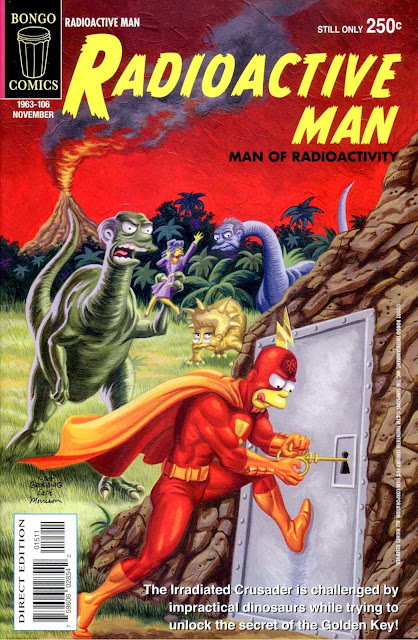 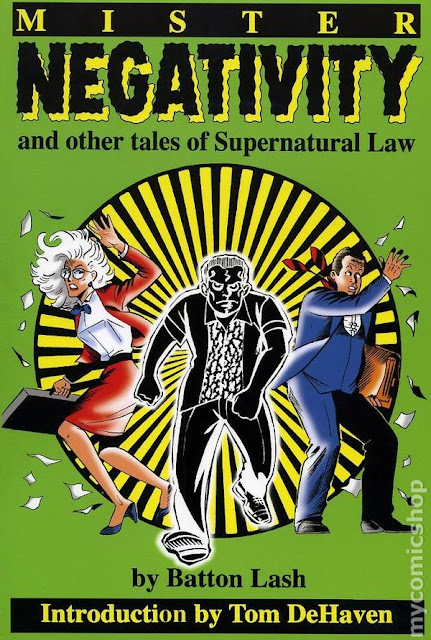 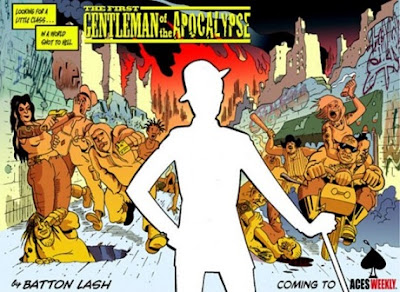 Then I started hearing the rumors.

Posted by Booksteve at 9:49 PM