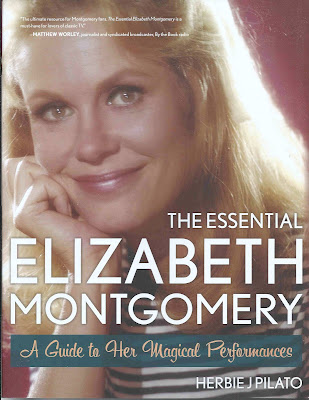 It’s entirely possible that anyone who ever watched an episode of BEWITCHED fell in love with Elizabeth Montgomery. I know I did. So did my friend Kathy Coleman from TV’s LAND OF THE LOST. And so did Herbie J. Pilato, who has long since become the go-to person for information on Lizzie’s life and career.

There was just something about her. It wasn’t just her beauty or sexiness. Many of us were only kids, after all. We didn’t know or care about stuff like that. It was, I guess, her way with a line, a look, a smile or a twitch. It was...well...There’s no other way to say it: It was her own personal magic.

After detailed books on Elizabeth Montgomery’s life and her enduring classic sitcom, now comes Herbie with a book that is, in a way, the most intriguing yet. THE ESSENTIAL ELIZABETH MONTGOMERY-A GUIDE TO HER MAGICAL PERFORMANCES, takes a close look at the actress’s performances one project at a time, in essence retelling her life story from the perspective of her career!

As the obvious career highlight, BEWITCHED tends to overshadow everything else she appeared in before or since. Having already covered BEWITCHED in depth elsewhere, here the author revisits its seasons at the proper place in her timeline but rightly chooses to concentrate more on her film appearances such as JOHNNY COOL, her TV guest appearances such as on TWILIGHT ZONE and BURKE’S LAW, game shows, talk shows and her mid-‘70s run of important TV movies such as A CASE OF RAPE and THE LEGEND OF LIZZIE BORDEN.

Montgomery’s magic was never tied to BEWITCHED. One can see it in everything from her earliest TV appearances to her final ones. As always with this type of book, there are a couple of sections of photos, both color and black and white, all chosen apparently for being scarcely seen before now. Some wonderful stills and photos that help round out the story of Elizabeth Montgomery when she wasn’t being America’s favorite witch.

If you’re the type of person who prefers old TV to what passes for entertainment today, THE ESSENTIAL ELIZABETH MONTGOMERY is a handy reference to keep near your television when watching retro stations, DVDs or even YouTube online or through your TV. A lot of the shows discussed herein are fairly easily accessible and if you, too, love Liz, it’ll increase your enjoyment even more to read about and eventually see ALL of her impressive and enjoyable performances.

Thanks to Herbie for filling in the gaps and adding yet again to a fuller picture of this magical woman who left us far too soon. 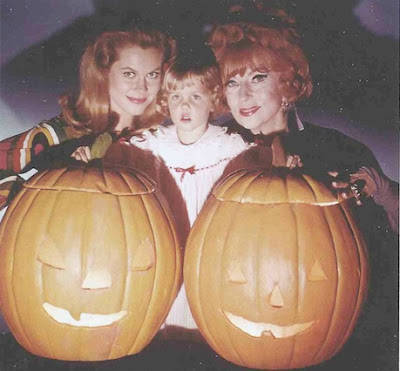 Posted by Booksteve at 1:33 PM