Am I An Archie Character? 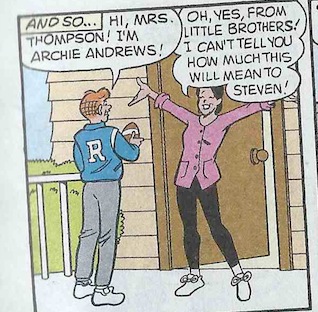 In 2010 and 2011 I was privileged to not only interview Archie (and CRACKED) writer George Gladir twice but to also have him just call up to chat a few times when he remembered something else he thought I might find interesting. He also mailed me a number of scans for possible use in the Archie history I had contacted him about initially. So he knew my name.

The current JUGHEAD DIGEST features this story in which Archie acts as a big brother to...Steven Thompson! George passed in 2013 so this is obviously a reprint but from when? If it was 2010 or 2011, was this a shout-out to me that he just never mentioned or perhaps he needed a name and mine was the first one he thought of since I had just called him? Maybe?

It's important to note that it is, in fact. "Steven" as opposed to "Steve" or the more likely "Stevie."

We may never know but I like to think it was a shout-out.
Thanks, George! 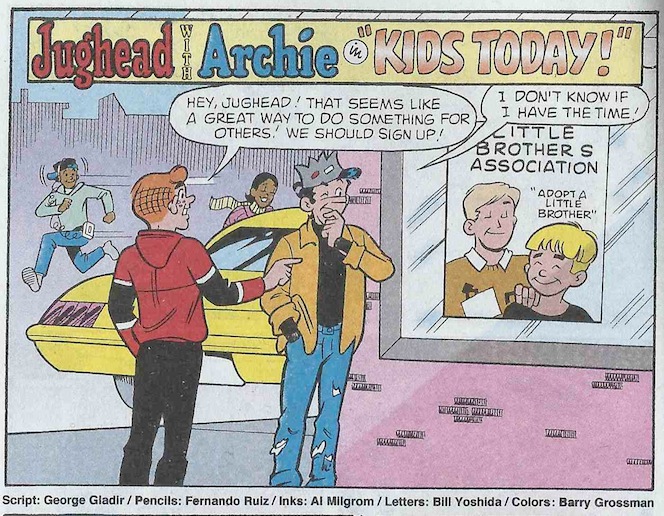